Continuing the Tradition with Your Donation

To give to the Alumni Association Scholarship Fund, please contact us at (712) 396-6040 or visit our online donation page.
Donate Today

The Jennie Edmundson Hospital School of Nursing was fully-accredited through the National League for Nursing and approved by the Iowa Board of Nursing until it closed in June 1997. Significant events that occurred during the school's history are highlighted below: 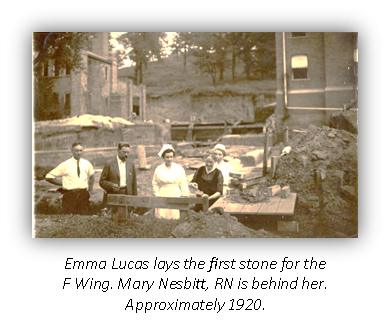 1941: Class graduating this year given reciprocity in Nebraska; apparently this problem was resolved in 1942.

1945: Articles of Incorporation amended from “training school” to “school of nursing".

1967: JEH School of Nursing was one of the first in the area to adopt the academic year, enabling students to have summer vacation similar to general education. Iowa Western Community College provided general education classes to the Jennie nursing students.

1968-1997: Marjorie Matzen, RN, BSN, MSN became the Assistant Director in 1968 and was promoted to the Director position in 1979 where she continued until the closing of the school.